Gobustan geographical region is situated in East Azerbaijan and borders on the southern slope of Big Caucasus ridge in the north, Pirsaat River in the west, Harami and Mishov mountains in the south, the Caspian Sea and Absheron peninsula in the east. The area is rich with gorges and ravines. The meaning of the word В«GobustanВ» is derived from two words В«gobuВ» вЂ“ В«ravineВ» and В«stanВ» вЂ” В«placeВ», i.e. ravine area. The word В«gobuВ» is of Turkic origin and means В«a dried up river valleyВ». The length of this area (from north to south) is 100 km., the width is approximately 80 km. The average height of the area is 600-700 m. The biggest mud volcanoes in the Caucasus are located in Gobustan. Although Gobustan is a mountainous area, here a great number of rocky rows can be met. Semidesert areas have been developed here.

Results of archaeological excavations and research works in Gobustan reveal that here, i.e. on the territory of Beyukdash and Kichikdash Mountains the history of ancient manвЂ™s dwelling begins since Upper Paleolith, i.e. since 35-34 thousand years B.C. It means that if life in Gobustan started since Upper Paleolith, there were favorable conditions for it, i.e. the climate was auspicious, flora and fauna were abundant. Subtropic climate is characteristic of Gobustan: winter is mild, summer is hot and dry. Rainfall amount is quite small. Rains are usually observed since autumn until middle spring. The main river of Gobustan is Jeyrankechmez. Waters are salty and chiefly fed with rain waters. Generally, rivers in this area are fed with rainfalls and small springs of the Big Caucasus.

What concerns Gobustan flora, it is poor from the point of view of its thickness. Here, among the rocks, blackberry, juniper, wild cherry, pomegranate, grapes, hawthorn, willow pear and other plants prove that in ancient times the climate of this territory was quite damp, i.e. the amount of rainfalls was high. Fauna of Gobustan is also very poor. If earlier there were a lot of gazelles, ibexes, wild oxen, deer, horses, lions and other animals important for hunting, now we can come across only wolves, foxes, grey hares, wild cats, tortoises and others.
On September 9, 1966, the territory of 4400 hectares, including Beyukdash, Kichikdash, Jingirdag Mountains and Yazylytepe where ancient rock carvings, archaeological monuments and sites were registered, by the Decree of the Council of Ministers of the Republic was declared as State Historical-Artistic Preserve. Here, also Shongardag and Shakhgaya rock carvings collections are included.
The territory of the preserve covers the town in the south-east of Gobustan which is not so far from the Caspian Sea. Here, the upper stratum of the mountains consists of Absheron limestone layers of 10-15 m. in thickness. Their soil coverage was not so thick, approximately 20-150 mm.
After Gobustan rock carvings were revealed in 1939, their study was for the first time launched by a prominent Azerbaijani archaeologist Ishag Jafarzade. The same year he started rock carvings survey on Jingirdag and Yazylytepe; in 1940- on the territory of Beyukdash and Kichikdash Mountains. However, a systematic study of Gobustan rock carvings was delayed for the beginning of World War II, since 1947 this work had been restarted. At present, in the collection of Gobustan rock carvings the number of monuments revealed on the territory of Beyukdash, Kichikdash, Jingirdag, Yazylytepe, Shongar, Shixgaya mountains is more than 6000.

Gobustan Rock Art Cultural Landscape covers three areas of a plateau of rocky boulders rising out of the semi-desert of Read more...
No Reviews
views 74 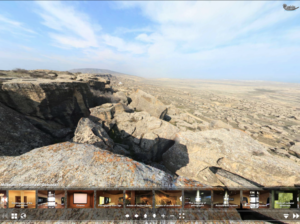 Contours of petroglyphs on the upper terrace of Beyukdash Mountain in Gobustan (Picture 1). Petroglyph of aurochs or wild ox, Read more...
No Reviews
views 82 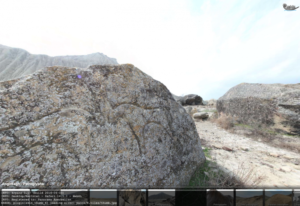 Contours of petroglyphs on the upper terrace of Beyukdash Mountain in Gobustan (Picture 1). Petroglyph of aurochs or wild ox, Read more...
No Reviews
views 69 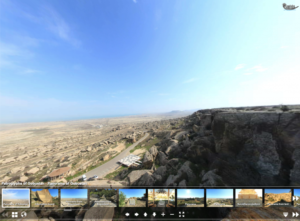 Contours of petroglyphs on the upper terrace of Beyukdash Mountain in Gobustan (Picture 1). Petroglyph of aurochs or wild ox, Read more...
No Reviews
views 71 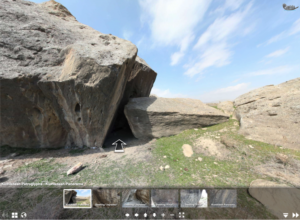 Sorry, no records were found. Please adjust your search criteria and try again.

Sorry, no records were found. Please adjust your search criteria and try again.

Find awesome listings near you!